This week the children spent some time measuring different items in the playground and then converting their measurements into different units. We also had a visit from Mrs Jepson, from the Stockport Dental Service, who shared the names and functions of the different teeth.

This week we reflected on the anniversary of the attacks one year ago. Below is one example of a number of prayers showing our support for those affected by the tragic event.

Some superb art work in Year 4 this week, inspire by L.S. Lowry. Look at the examples below.

Following on from last weeks great work, the children have written some guides to wolf-free places to visit. This was a particularly good example.

Some super writing this week based on the book The wolves in the walls. The writing below is just a snippet of a description of a scene from the book.

Year 4 have been writing their own version of a twisted fairy tale based on the story of the Princess and the pea. The example below is just the start of an amusing version of this story.

The children produced some excellent art work in response to the story of the Resurrection. Oil pastels were used to dramatic effect in the examples below.

Two pieces of excellent work from the last two weeks. A fabulous cinquain, and a story map produced on the iPad noting the key events of The Princess and the pea.

The children dressed up as the characters from the books of Cressida Cowell. Some amazing costumes on show!

A superb day was had by all children and adults on Tuesday. The children learned so much from the guided tour and hands on activities in the museum. They also had great fun marching the streets of Chester with a Roman soldier. The behaviour of the children was outstanding and they were a credit to the school!

The children had a fantastic week focusing on the work of Cressida Cowell. They have written some excellent explanations of how to look after a dragon and they tried to persuade their own dragons to obey them!. They also had a hilarious assembly and workshop with poet Terry Caffrey. The image below shows a brilliant picture of Toothless from the story How to train a dragon.

The homework that the children produced was so good that we had to share some of it. We also finished our Roman shields and made our heart of coins to raise money for a school defibrillator. Have a great half term!

What a week it has been! Some of the highlights include: a workshop and assembly from RISE theatre, the chance to look at practical aids for the deaf and blind, an assembly from members of the Syro Malabar community, Dementia awareness, finding out about life in Polish schools and so much more! The photos below show some of the learning experiences from the week.

We have been preparing video trailers to share with the rest of the school during our PSHE assembly in the last week of half term. The children have learned five tips to help you stay safe playing online games.

The children have been learning about Celtic communities and the roles people had in a Celtic village. The following video shows some of the tasks they carried out. 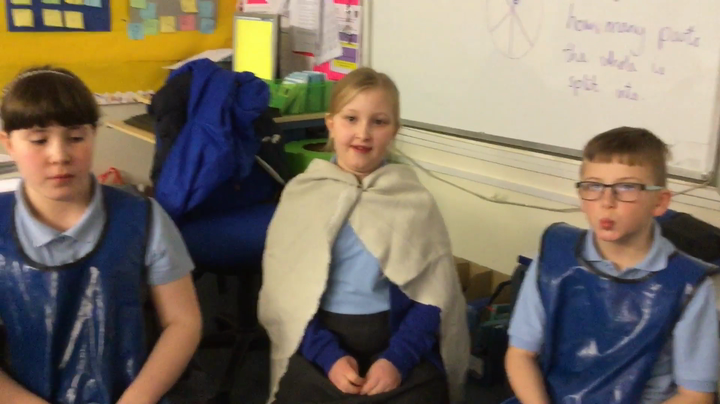 The children demonstrated excellent teamwork, coordination, creativity and agility in dance this week. They also learned how sound travels and how they can enhance their hearing using a card cone.

Welcome back to the class page for a new year!

This week we have been learning about volume and pitch. The children explored the sounds made by different instruments and then ordered them from lowest to highest, or highest to lowest pitch.

This week Year 4 completed an area and perimeter challenge where they had to make as many different shapes as possible with an area of 6 squares. They have also been reflecting on the events leading to the birth of Jesus, considering the difficulties that Mary and Joseph faced during this time.

Fractions, fronted adverbials, swimming, water cycle, Mary, possessive apostrophe, PSHE assembly and gymnastics are just a few examples of the things that the children have been learning about, or have been part of this week. What a busy week! The video below is a sneak preview of the song that Year 4 will be singing in the Carol concert... 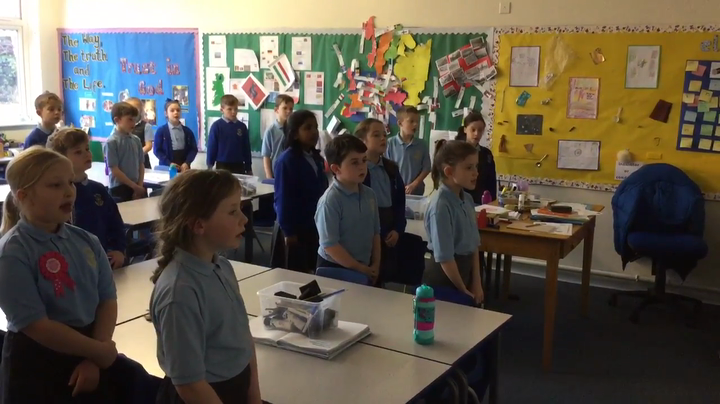 The children started the week by writing down all they knew about bullying before focusing specifically on race bullying. The images below show two examples of work from this week.

Year 4 have been learning about the human and physical features of Andalusia. They have been discussing buildings, food, transport, animals and mountains. When we get closer to the end of term they will have the opportunity to taste some of the food we have been learning about. The images below show some of local tourism posters that were created by the children this week.

To start our new science topic the children played a game to understand the behaviour of particles in solids, liquids and gases.

We have been looking at different sweets and medicines to try and decide which are sweets and which are medicines. Some of them were difficult to sort, so we used a 'don't know' column to help us sort them further.

This week the children used Popplet to organise their ideas for an explanation text. We also tried out a fun app called Chatterpix to share this information with you in a different way. Can you work out who is speaking? 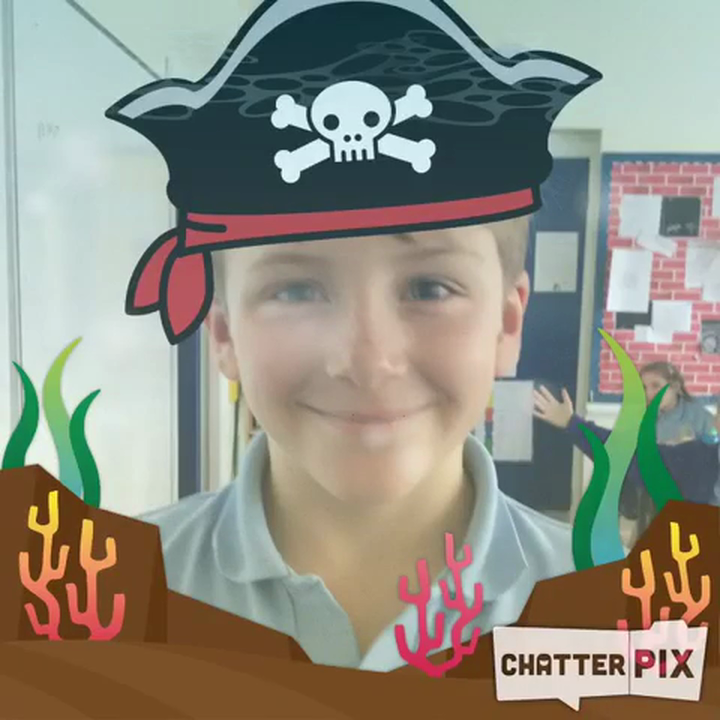 The children have been busy exploring iMovie this week to create short videos of The Ten Plagues. They used various images from school and the internet to create some interesting videos of this bible story. Below are some of the images they used.

This week we have been investigating circuits. The children predicted if they thought a circuit would work or not, then built the circuits to test their predictions. They worked brilliantly in pairs to see if they were correct.

This week the children have been learning about conjunctions. They played a game where they had to extend sentences or join ideas to make a short story.

What a busy first week for Year 4. the children have worked hard in all areas and some examples of their maths work are shown below. The children were given four digits to find all possible combinations of digits to create all possible numbers.