Welcome to the Year 2 Class Page! 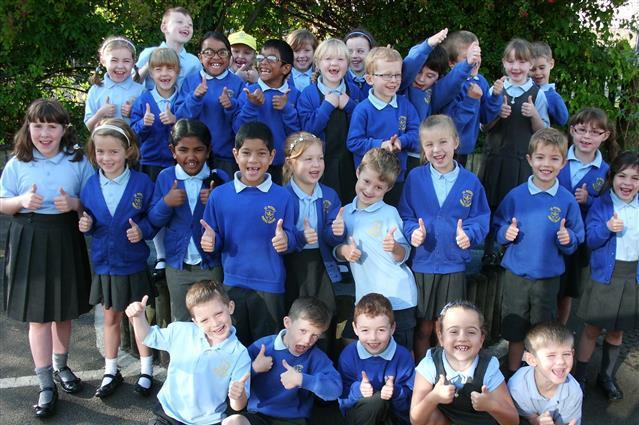 7th July 2016 - This week the children completed the Legacy Trail at Bramhall Park. After an exciting hike along Happy Valley the children navigated their way around the park and completed six different team games. The photos below are just some of the highlights of the day, including our four certificate winners! Well done Year Two, another brilliant trip, where you showed amazing team spirit and super behaviour.

30th June - This week the children took part in the annual sports morning. Everyone enjoyed themselves and showed tremendous team spirit. The winning teams were St. Paul's and St. Cecilia's. Well done everyone!
15th June 2016 - What a great start to the final half term year 2 have made, and look at this excellent holiday homework about the Great Fire of London.

20th May 2016 - When learning about position and direction this week, Year 2 made short trails of cones with a minimum of 6 turns. They then navigated each trail counting the number of quarter turns they had to make. 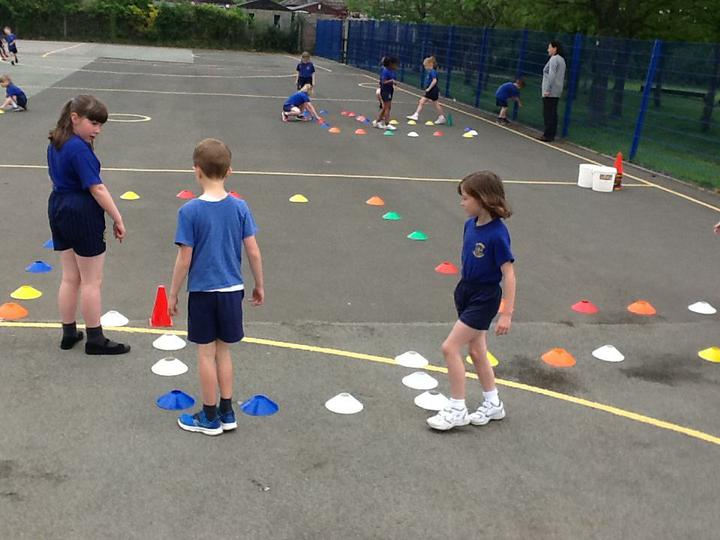 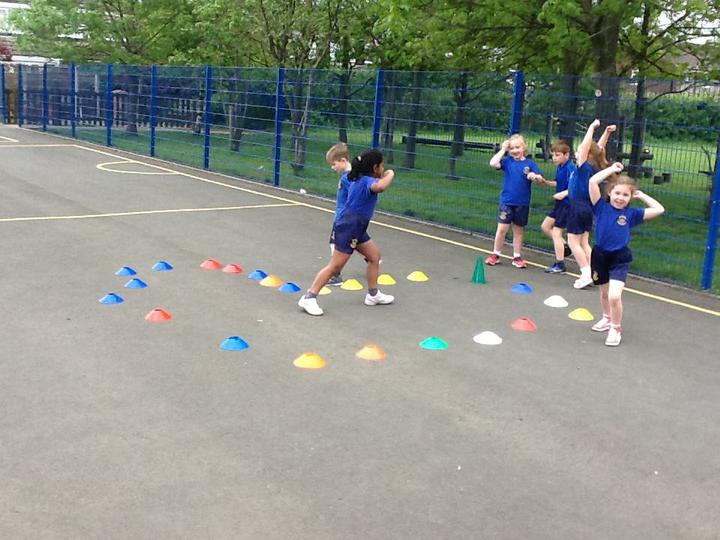 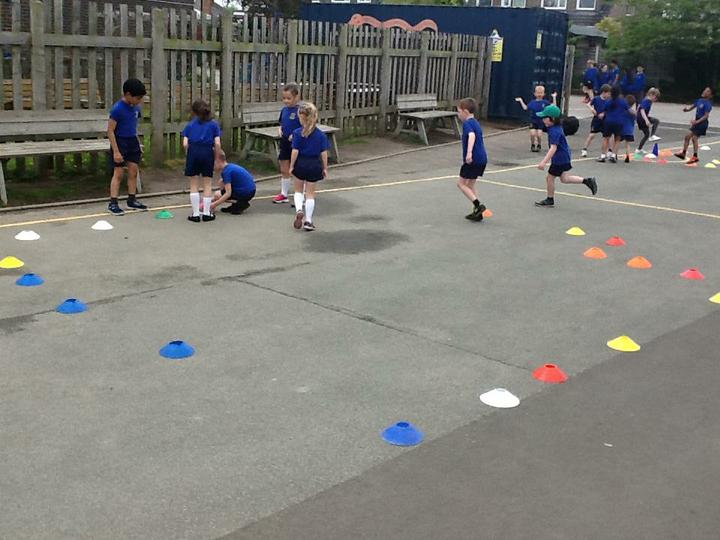 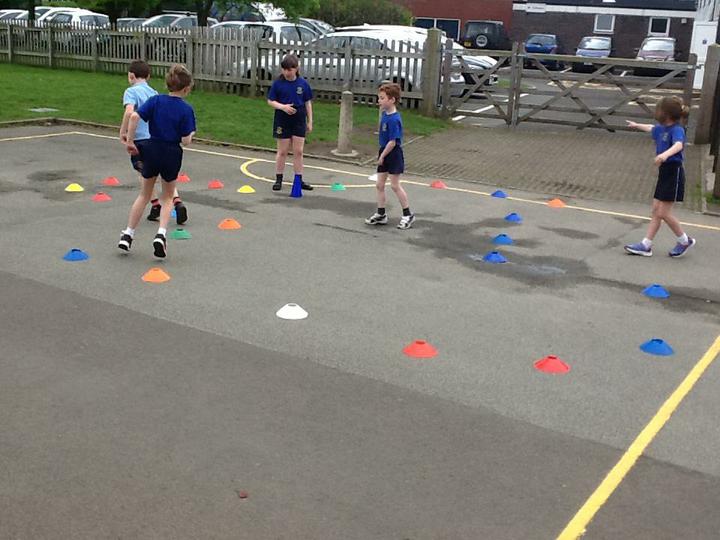 13th May 2016 - This week the children have been acting out scenes from the book The Way Back Home and capturing their thoughts in a still image. 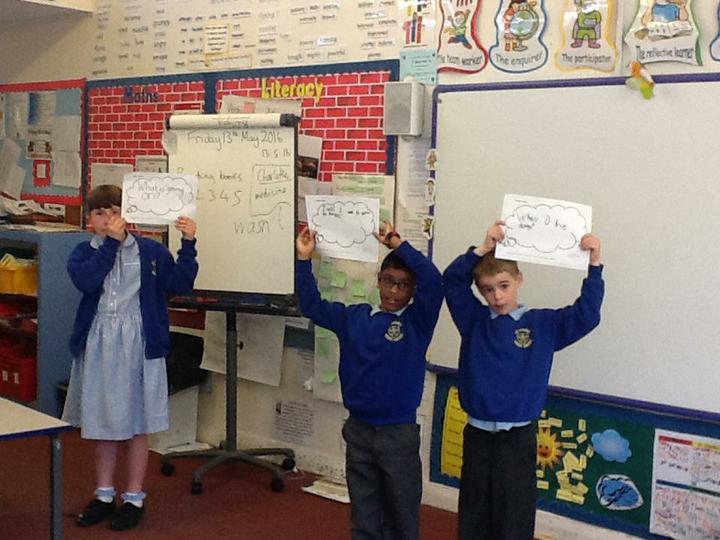 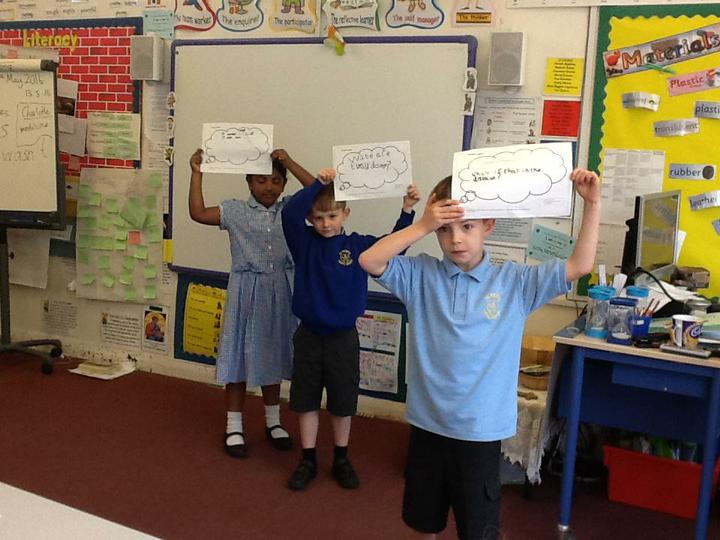 24th March 2016 - During Holy week the children have been reflecting on the events leading up to Jesus' death. They have produced some wonderful, though provoking writing, some of which can be seen below.

The weblink to Oxford Owl is below the photos of the children's work.

18th March 2016 - This week the children have been learning about fractions. Some of the children were comparing fractions of different amounts to see which was more, less or equal.
11th March 2016 - Another exciting week in year 2. We had a visit from the chicks! See the photos in the slideshow below.

4th March 2016 - The children celebrated World Book Day this week. For this special occasion we had Silly Hat Day and an assembly from author John Rice. It was a fantastic week!
26th February 2016 - This week the children have been investigating different materials to see if they absorb water or not. They made some interesting discoveries. 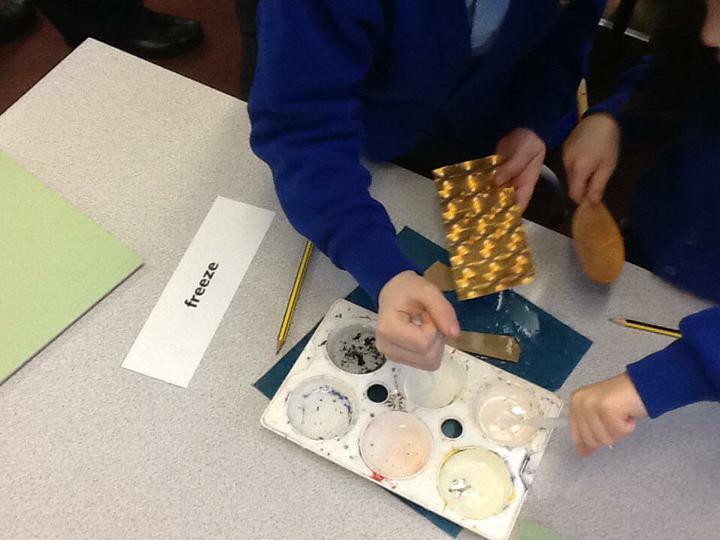 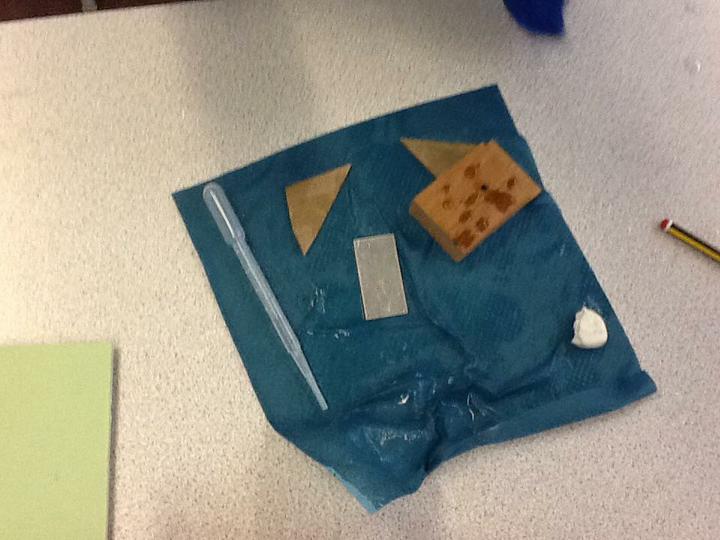 12th February 2016 - This week the children celebrated the 50th anniversary of the school by dressing in a 60s style. Check out the slideshow below for some 1960s costume ideas!

5th February 2016 - Due to photocopier issues the children did not bring a homework sheet or maths homework home with them, however they do have their spellings and reading books. For maths I would like them to practise their 2, 5 and 10 times tables and the related division facts. Please speak to me next week if you would like further information.

5th February 2016 - Year 2 have been creating underwater scenes using straws and different coloured paper. In maths they have been practising addition and subtraction. 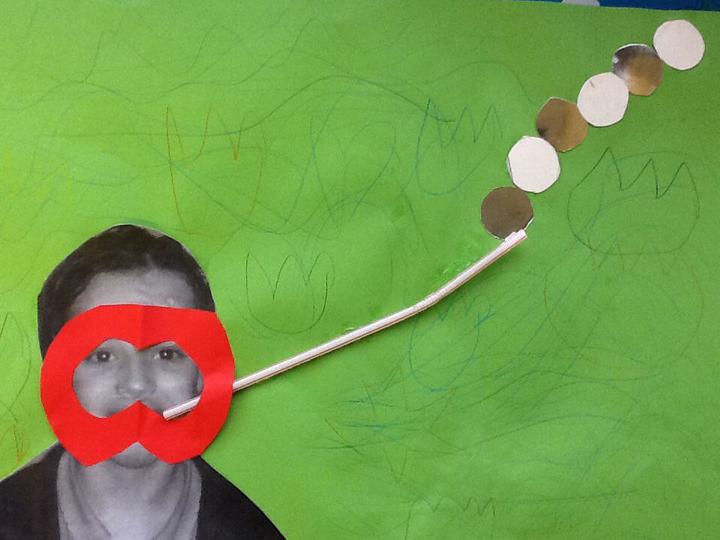 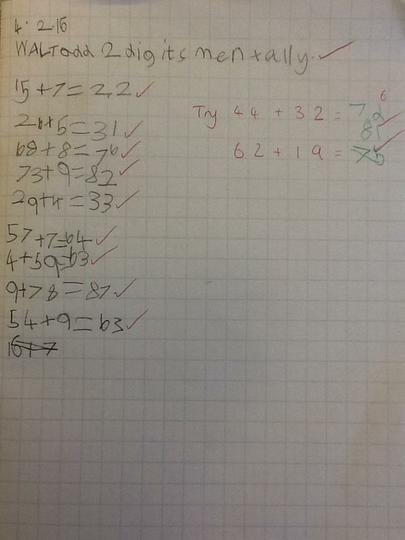 29th January 2016 - This week the children completed their ocean collages. The pictures in the slideshow below are just a sample of their fantastic work.

22nd January 2016 - This week we listened to the story of 'The Princess and the Bowling Ball', and then we wrote our own versions of the story. We have also painted ocean pictures based on the work of Turner.
15th January 2016 - This week the children have been collecting data and presenting it in block graphs. The graph below shows the months of the birthdays in the class.

Welcome back and happy new year!

18th December 2015 - As part of their festive activities this week, Year 2 have been baking biscuits. They look great, and I'm sure they will taste delicious too!

11th December 2015 - In between performing the Christmas play, Year 2 have been creating some beautiful art work about the seasons. They used a light blue colour wash and cotton wool buds to create these brilliant paintings.

4th December 2015 - This week Year 2 have been practising the Christmas play.

They have also been writing their own fables. In this example, one of the children has improved their story opening by adding adjectives to make noun phrases.

27th November 2015 - This week year 2 have been designing and making junk models! They have had a lot of fun and recycled lots of different materials in the process. They will finish off their models by painting them.

20th November 2015 - This week Year 2 have been reflecting on their learning about Chosen People. Here the children were asked to write down all their thoughts and knowledge about Abraham, they went on to discuss why he was a chosen person.

13th November 2015 - This week year 2 have been learning about 3D shapes. This group were deciding how to sort a set of 3D shapes.

Can you think of a property that defines the group in the yellow ring? There is a cube and cuboid in the group.

6th November 2015 - This week year 2 have been learning about the properties of shapes and then sorting shapes according to certain properties.

Can you work out how they have sorted these shapes in this Venn diagram?

23rd October 2015 - This week Year two have been using apparatus to help them understand multiplication. Here, the children used Numicon, cubes and counters to show multiplication as repeated addition.

16th October - Year 2 have been learning about different types of poetry this week. The children have been writing poems based on poetry read throughout the week. Have a look at this poem that includes a line that repeats.

9th October 2015 -  This week in Maths the children have been learning about the value of different coins and using this to answer calculations or solve problems.

Children had to make a 25p dog using two different coloured cubes. The yellow cubes were worth 2p and the pink cubes 1p. More than one yellow cube had to be used. Working together as a team the children above produced this solution.
Click here for our latest Newsletter Click here for our House Points Click here to go to our Parish website Find out more about how we follow in the footsteps Parent Pay
Top