Welcome to the Year 6 class page!

Whitby in the Grove

Fish and chips to celebrate the leavers assembly.

Year 6 have enjoyed playing socially distant connect 4 this week. They also created self portraits in the style of the illustrations used in our class novel, Wonder. The children decorated their self portraits with positive comments that their classmates had used to describe them. 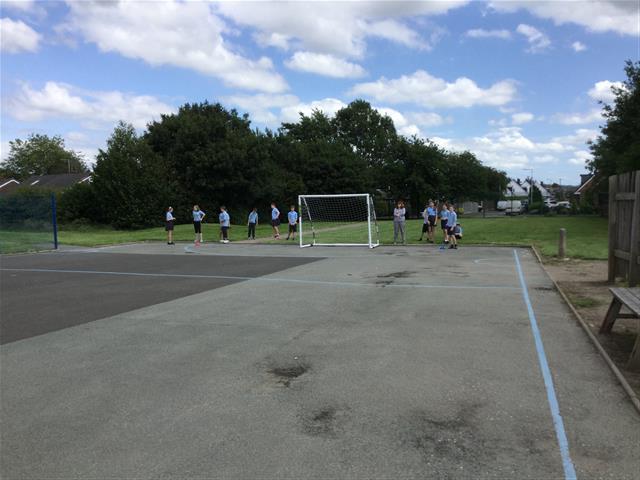 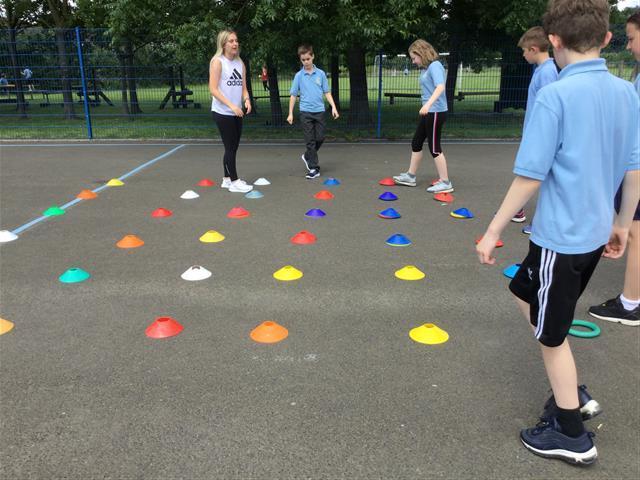 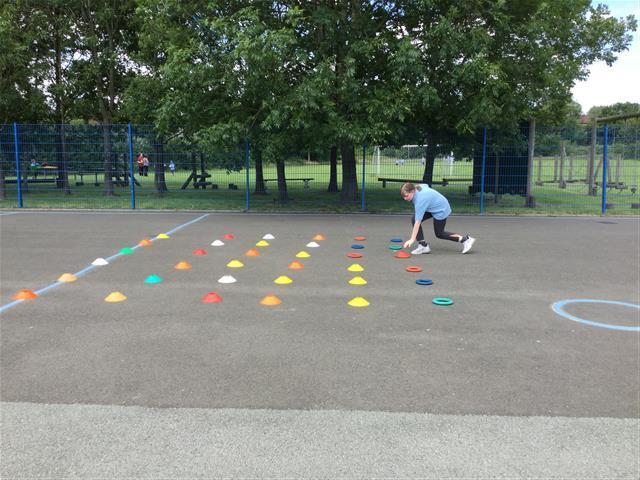 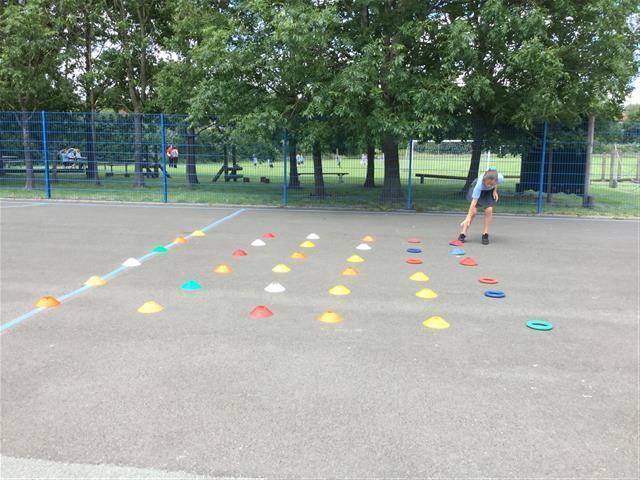 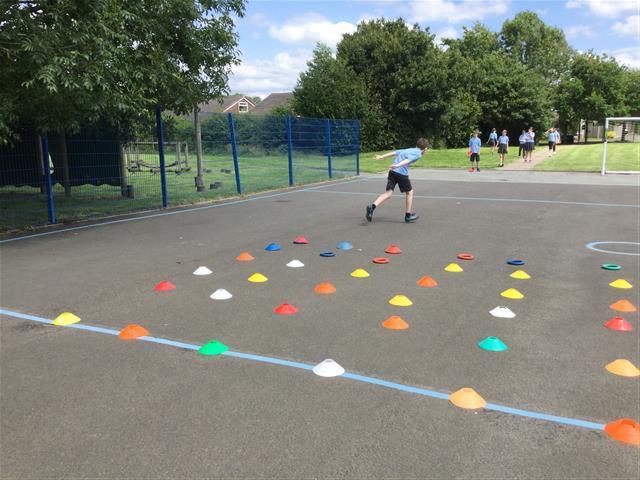 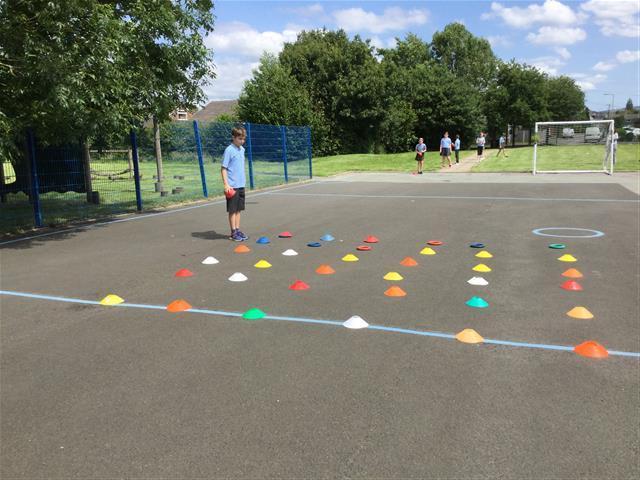 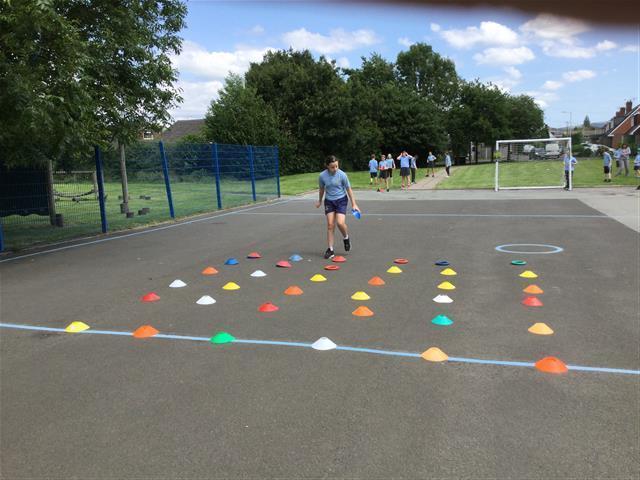 This week, we welcomed many of our Year 6 children back to school! Split between two classrooms, the children enjoyed a range of activities including creating a piece of artwork based on scrapbooks. They wrote about and drew images related to their time off school.

We have had lots of fun today playing whole class rounders and having a disco in the hall. The friendship, love and care shown between these children today was beautiful and it made me very proud to be part of the St Peter’s Year 6 team.

This week, all children participated in a computing competition. They had to create a presentation which showcased their own app ideas. Well done to the winners!

This week, Year 6 have been fundraising as part of our charitable work during Lent. They created their own games and children from all of the other classes paid to play them. Well done Year 6!

This week, all children in Year 6 attended the Crucial Crew event. They travelled to The Armoury in Stockport where they participated in a number of activities linked to staying safe and healthy. This included learning about how much sugar is in certain foods, staying safe near train tracks and knowing more about anti-social behaviour.

Yesterday, children in Year 6 enjoyed participated in a Speed Awareness morning. They used a special machine which measured how fast cars were travelling to check traffic on Chester Road. They also calculated braking differences for a range of speeds. They learned about the importance of following speed limits if they choose to drive when they are older. 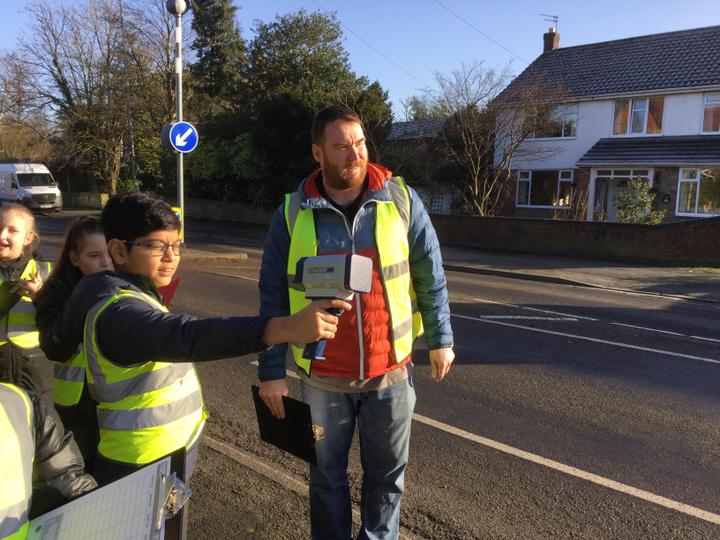 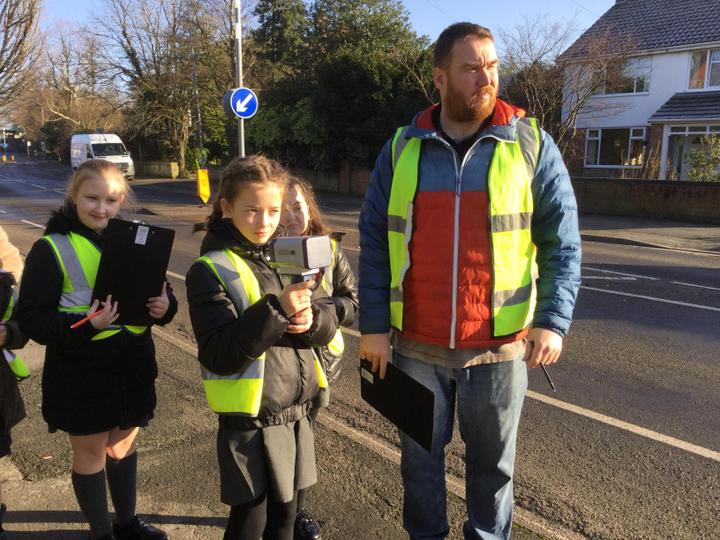 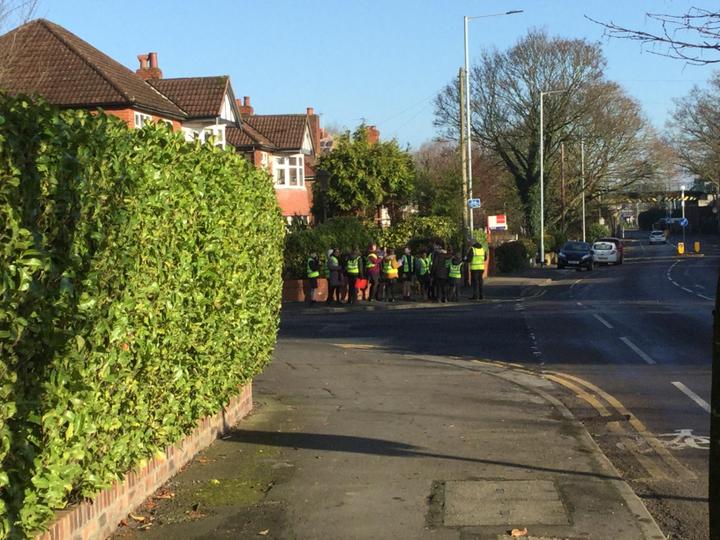 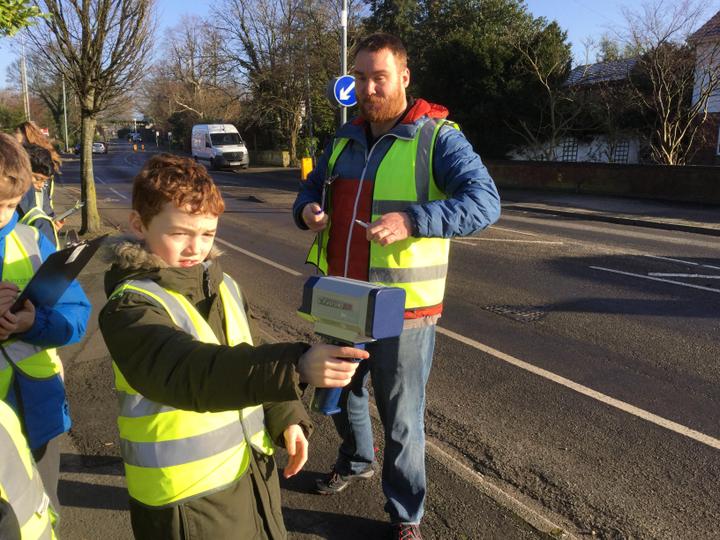 Today, all children in Year 6 participated in a 'Key Skills Lesson'. They focused on calculations using all four operations, including calculations with fractions, decimals and percentages. 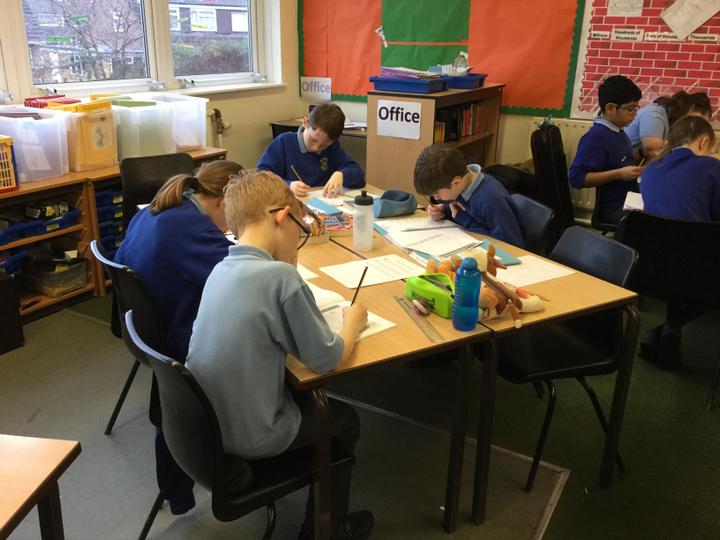 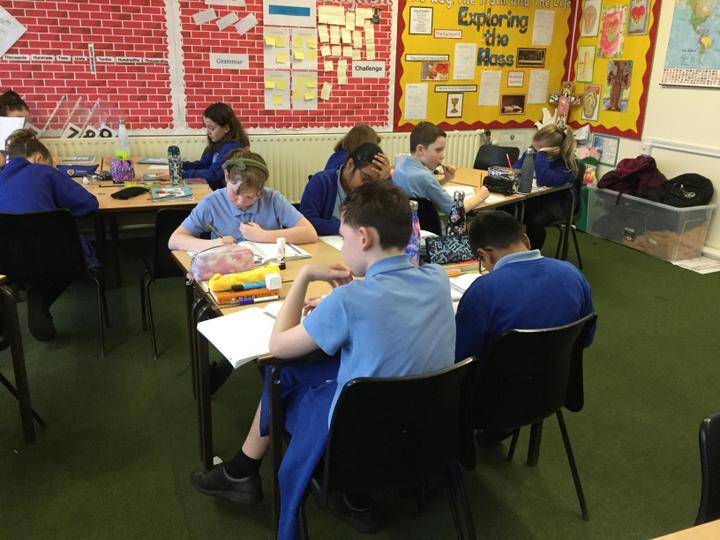 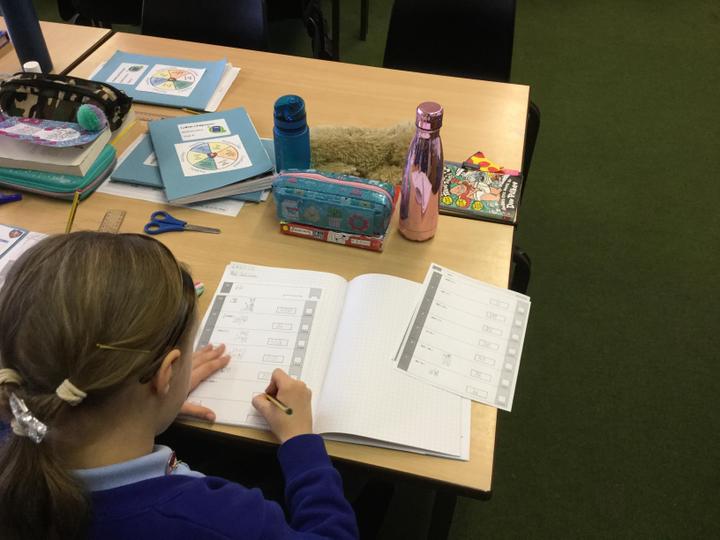 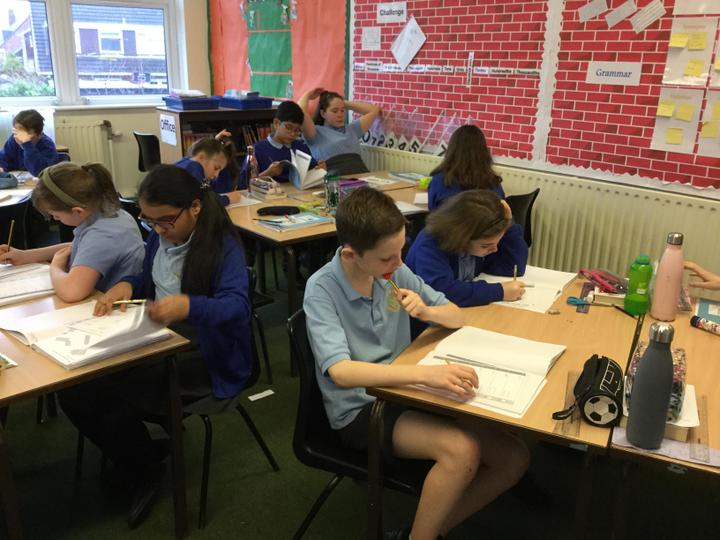 This week, children in Year 6 were very impressive during their PE lesson with Mrs O'Hare. They created dances that represented Maya farming techniques.

At the start of the week, all children reflected upon what they had learned about the Vikings last term. They added information to our class knowledge organiser. After that, we began our new topic: 'The Maya'. Everyone thought about what they already know, noting down what they would like to learn about. 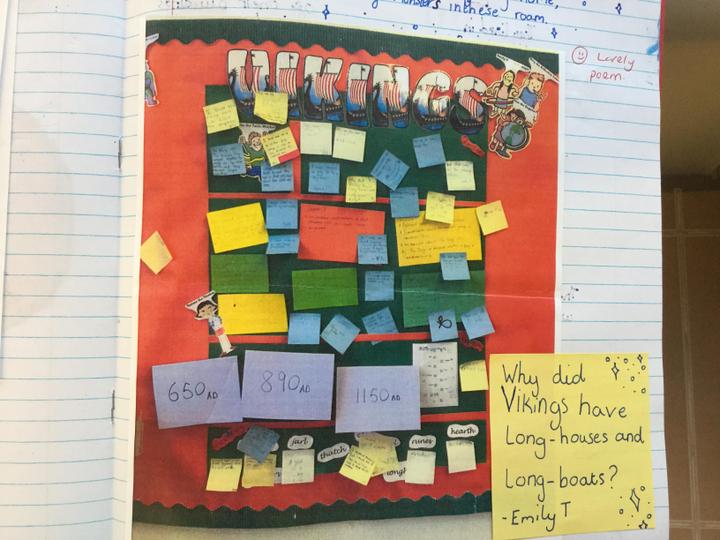 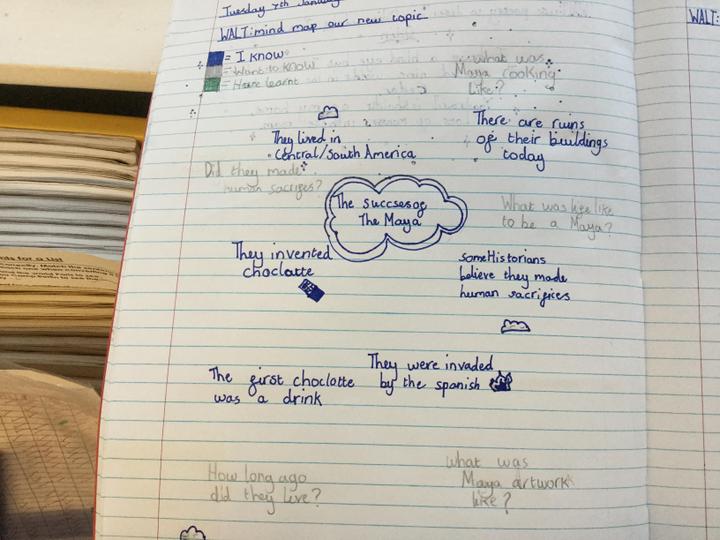 This week, some children in Year 6 solved problems linked to missing angles. They had to use their knowledge of shape to help them, including knowing how many degrees in angles in polygons, on straight lines and in circles.

This week, children in Year 6 visited Shepley House to sing Christmas carols and to talk to some of the residents. The children sang beautifully and were so impressive when invited to have a chat with some of the people who live at Shepley House.

This week, all of the children in Year 6 created a front cover design for their favourite book. The finished pieces of art will be displayed in our classroom so that our love of reading is clear to everyone.

Today in RE, children in Year 6 played a game called 'On the Move' as part of our 'Justice' topic. In the game, each child was in role as a family member. They were told that they were about to become refugees as their home country was too dangerous. The children were given a number of tasks linked to possessions that they could take and problems that they would meet along the way. At the end of their perilous journey, the children thought about how they would want people to treat them: with kindness and understanding. 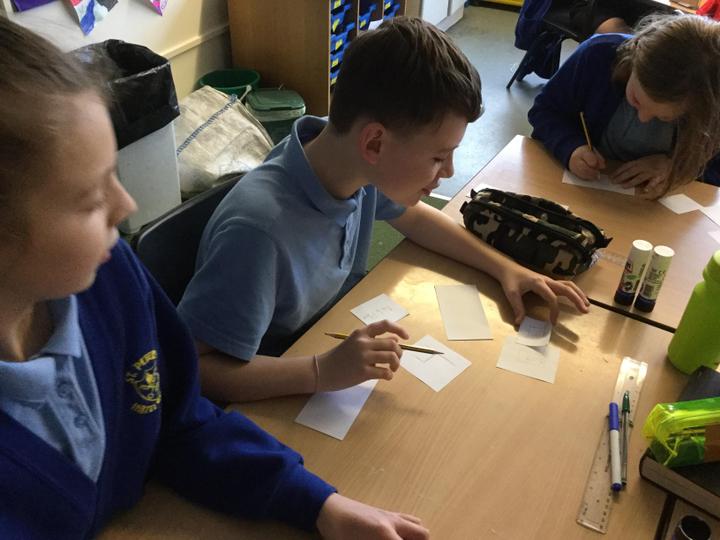 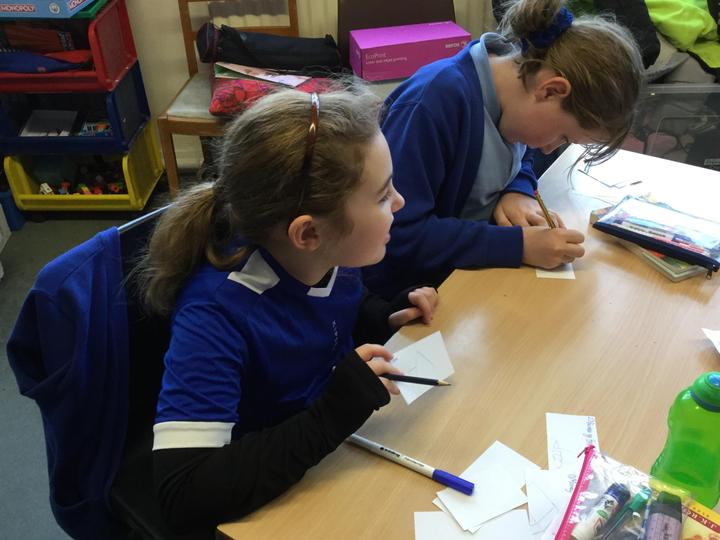 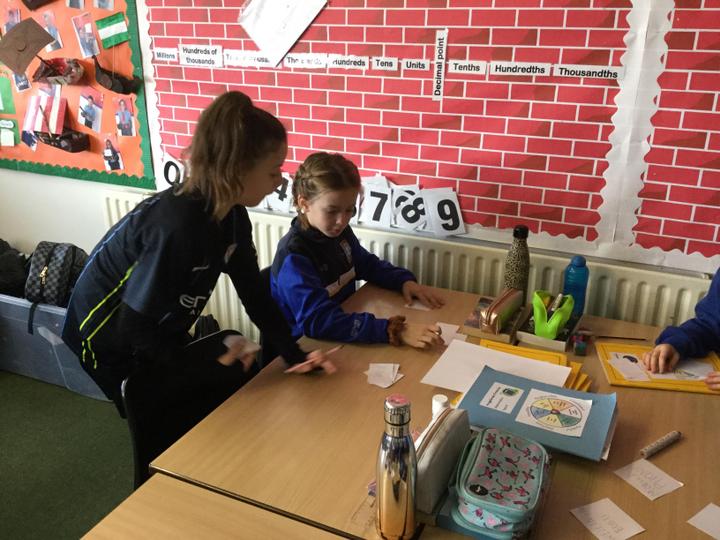 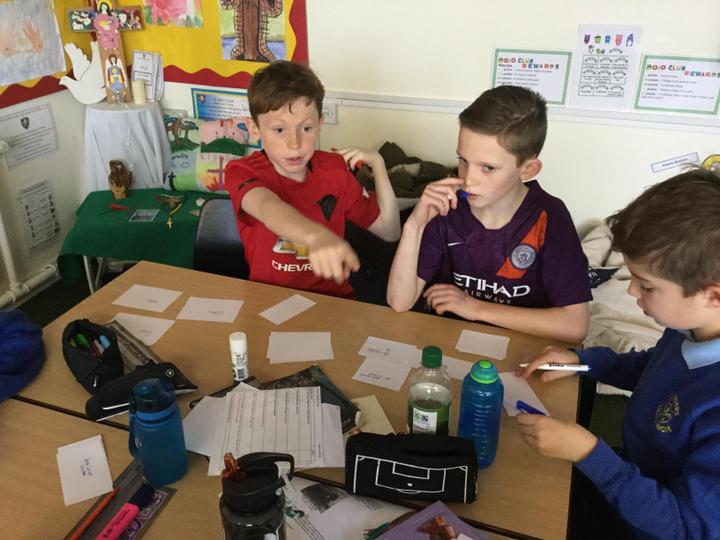 This week, the children in Year 6 participated in our school ‘Judaism Week’. They learned about Rosh Hashanah and Yom Kippur which are both important times for Jewish people - they form part of their celebrations and worship linked to the Jewish New Year. 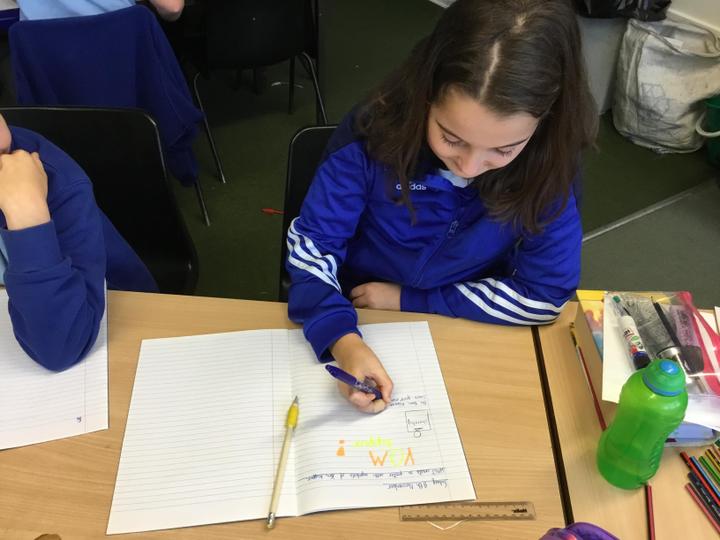 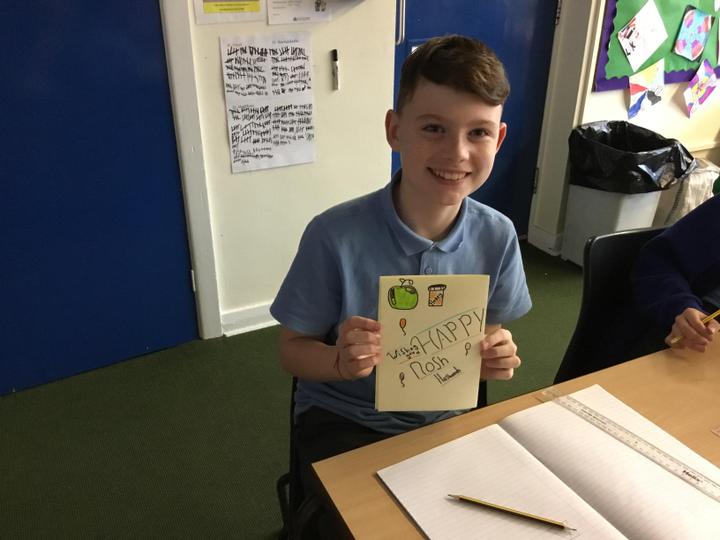 This week, the children in Year 6 began their new topic in RE- 'Justice'. They began by discussing what they already know about justice, noting down their ideas around a mind map. Next lesson, they will add questions  which will show what they would like to know more about.

This week, children in Year 6 reflected on five key words that form part of our curriculum intent: faithful, confident, resilient, responsible and healthy. They discussed the definition of each word, thinking about times when they have showed each quality.

This week, children in Year 6 have planned, written, edited and redrafted their own recounts independently. They retold the events of last Thursday, the day that the Year 6 children received their Special Friends. 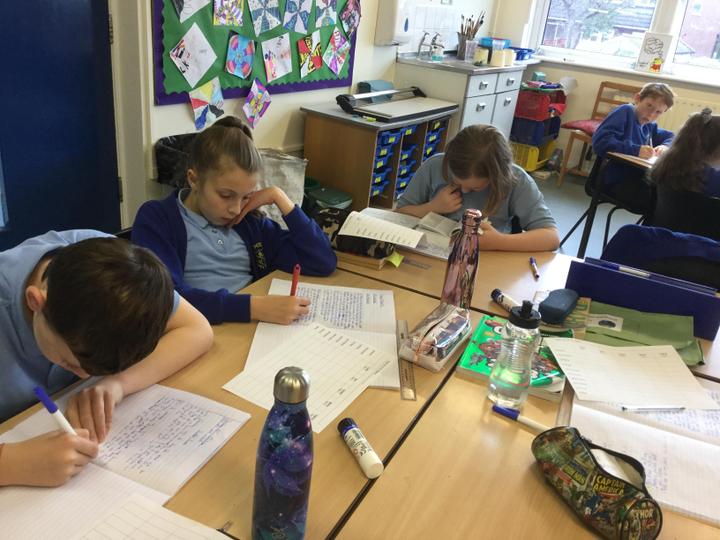 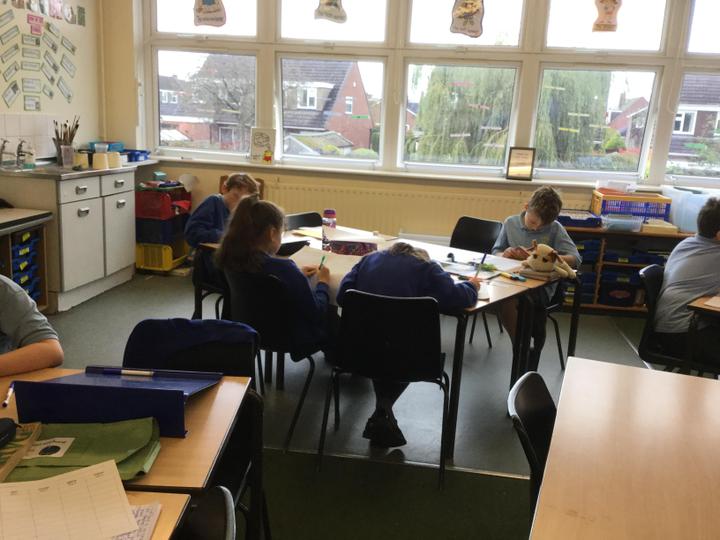 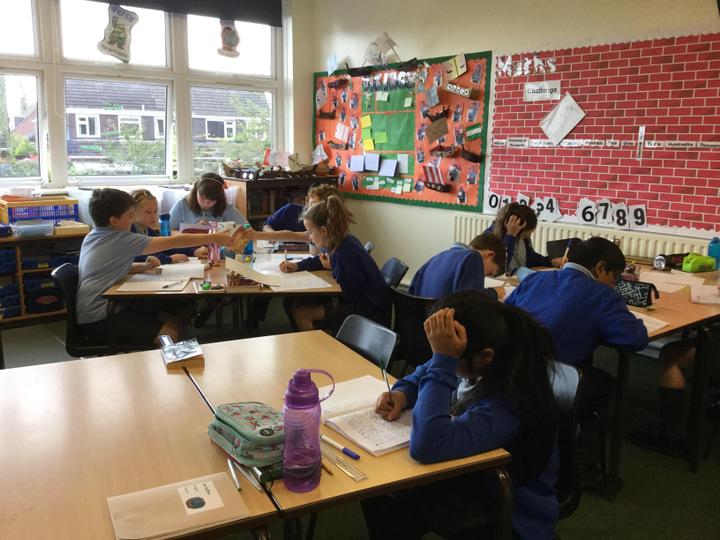 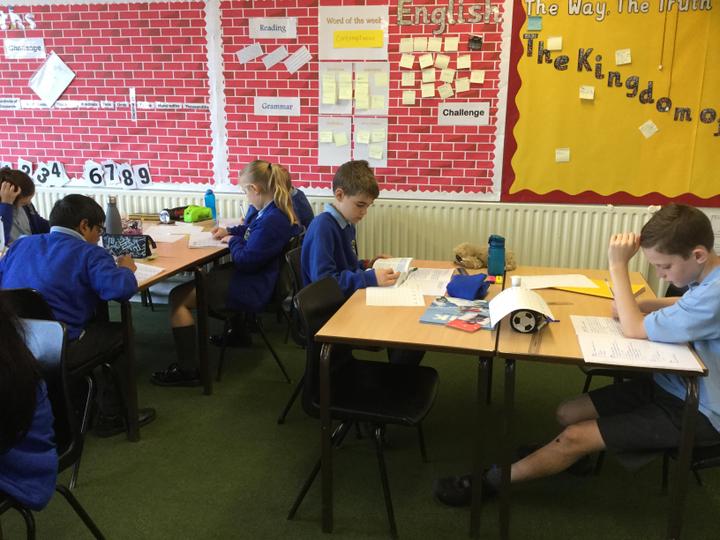 This week, all children across the school learned more about the celebration of Harvest. Year 6 found out about which foods are harvested in different countries and how this is celebrated in a variety of ways.

This week, children in Year 6 began creating their 3D Viking longboats based on their own designs. Some children even created part of their designs at home with a little help from their families- amazing!

The children in Year 6 have worked hard this week, enjoying a variety of activities including designing a 3D Viking longboat and creating a beautiful watercolour painting in RE. 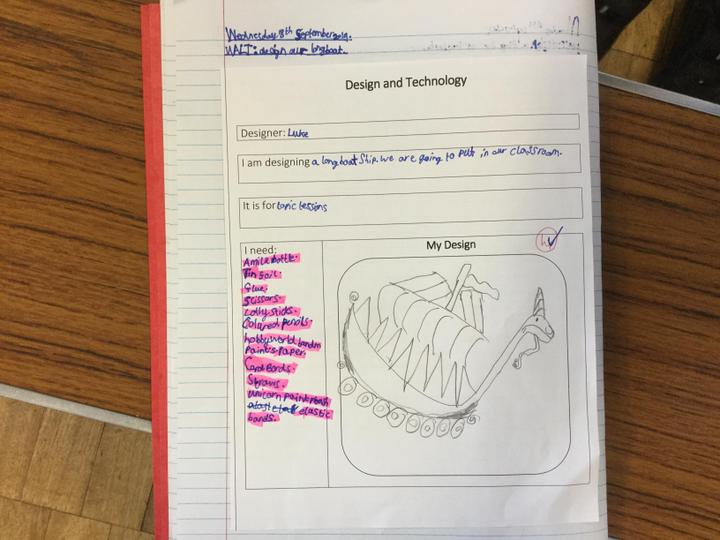 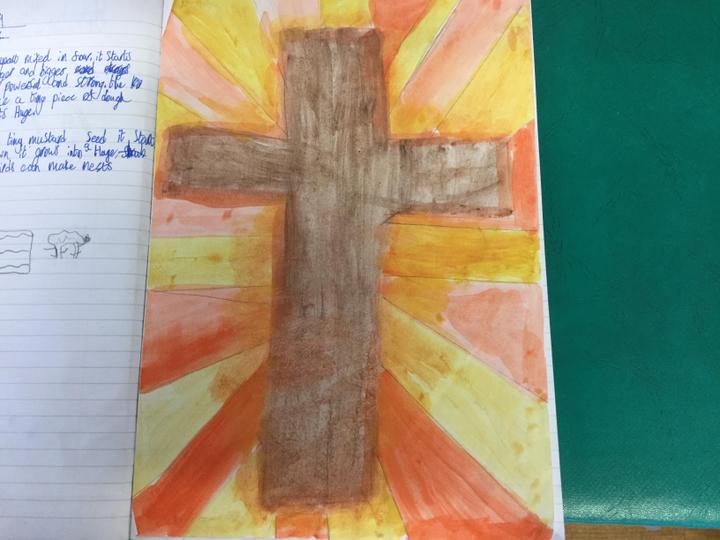 This week, children in Year 6 learned different sketching techniques using a range of pencils. They listened to the story of 'The Paralysed Man' then responded with an image using their new sketching skills.